The late Rafi Edry was killed in Israel’s War of Independence, but his family perpetuates his memory by contributing to the community and by helping to narrow the gaps in Israeli society.

The late Rafi Edry was a soldier who fell in battle against Egyptian troops in Israel’s 1948 War of Independence. The story of his heroism and that of the many soldiers who took part in the fierce battles of the Independence Day War remain engraved in the hearts of thousands of families who lost their loved ones and in the hearts of his family – the Edry family.

The Edry family decided to honor and commemorate Refael (Rafi) Edry by giving back to both local communities and to communities across Israel, just as he had in his life.

In fact, before enlisting in the army, Edry was already a leader. He played an integral role in the youth movement in his hometown of Safed. He was a revered director of the youth movement and was responsible for promoting many initiatives in his native city. Edry thrived in this position and promoting and developing youth were his core values. Therefore, it is no wonder that his family continues to perpetuate his memory through a variety of social initiatives namely; the construction and establishment of a Beit Yad Labanim and through the establishment of a non-profit organization named the Ahinoam Organization.

Rafi Edry OBM was born and raised in the city of Safed to a family with deep-rooted Zionism values and love of the homeland. As someone who was born and raised in the city of Safed, he saw a moral and ethical obligation to take care of the future generation and therefore took an active part in the leadership of the HaNoar HaOved VeHaLomed (The Working and Studying Youth) Youth movement. During his enlistment in the Israel Defense Forces, he took an active part in the defense of the besieged city of Safed and it is here where an extraordinary act of heroism occurred. Under fire, he decided to climb onto the roof of a hotel located near the British police and replaced the Syrian flag with an Israeli one.  Edry also demonstrated immense courage when taking an active role in defending the city by utilizing his weaponry skills both in defensive and offensive formations. Sadly, when Edry set out to encourage diggers in their post, he suffered a direct hit by a shrapnel to the back of his neck, which led to his death. Along with thousands of soldiers, some of Israel’s best sons, Refael was killed in the War of Independence on July 28, 1948. Rafi’s family decided to continue his legacy for giving back and helping the community.  They decided to contribute to the social and economic development of communities in particularly in the city of Safed.  They donated and raised funds for the establishment of a Beit Yad Labanim in the city where Rafi was born and raised. This initiative was very successful and maybe even offers the Edry family some light from the darkest of circumstances. Although, they lost their loved one, his legacy continues and will last forever. The idea for continuing Rafi Edry’s legacy was spearheaded by the third generation and are actually his nephews. The initiative was led by Rafi Edry, named after his late uncle, Eyal Edry and Moshe Edree.

Continuing to work for social change through the Ahinoam Organization

Established by the three Edry brothers in 2018, the Ahinoam Organization is a non-profit that aims to narrow the social gaps in Israel society.  The brothers succeeded in promoting a series of programs including; the distribution of refurbished/new computers during the Covid pandemic, a Big Brother Mentoring Program for at-risk youth that are not recognized by the Welfare authorities, a library renovation program in the city of Safed and more. The three brothers embody their late uncle’s values and keep his legacy alive by volunteering and leading key social and economic development projects in communities across Israel.

Rafi Edry’s heroic story manages to move and inspire so many years after his death. In keeping with their late uncle’s morals and ethical code, the Edry brothers continue his vision through extensive socioeconomic development programs with a focus on youth in the peripheral regions of Israel.

A Fallen Hero and the Legacy That He Left Behind

Rafi Edry was killed in Israel’s Independence war of 1948, leaving his family to continue his life’s work.

The late Refael Edry, a native of the city of Safed, left behind a long and glorious legacy of protecting his Jewish community and the Land of Israel.  With great courage and out of deep love for the homeland, he was active in his community and made many contributions to Israeli society. Today, his family, the Edry family, continues to honor his memory through a variety of philanthropic activities with a focus on the socio-economic challenges faced in Israel’s geographic periphery.

Refael (Rafi) Edry, OBM, was born in 1924 in the city of Safed. The eldest son of Leah and Moshe and brother to Yosef, Pnina, Rivka and Ahinoam.  As a young adolescent, he attended high school but also worked as an electrician part-time in order to help with the family finances.

During these years he was also an active member of the HaNoar HaOved VeHaLomed (The Working and Studying Youth) Youth movement and would later become the Director for the city of Safed.

Moreover, Edry was also the commander of the Youth Battalions in Safed and would later be promoted to command the Youth Battalions of the Sub-district of Tel Hai. After serving for another few years as a Notr in the Jezreel Valley, he returned to his hometown and continued to devote himself to leading the youth movement.

Rafael was regarded as a local hero for his participation in defending the city of Safed and for a time, he was the only sniper in the city. As a “Haganah” man, he excelled during the British rule as a “slicker” – an expert in hiding weapons and was an excellent patrolman. During his service, he was an outstanding platoon commander, and played an active role in the preparation of the Jewish quarter in Safed for the war. He was involved in making large weapon caches (slikim), commanded the machine gun squad and served as the commander of the reserve platoon.

Edry also held other security positions including; the coordinator of the Palmach Company in the area of the abandoned hotels in Mount Canaan, as well as a ranger, wherein he led several raids in the Safed area, including the raid on the village of Sa’sa’.

Story of his Legacy

A few weeks before the establishment of the State of Israel, Refael witnessed, along with his friends, the British withdrawing from the city. They handed over the tall buildings in Safed to the Arabs, who hurried to hoist Syrian flags over them. Edry moved from house to house until he obtained a makeshift Israeli flag, climbed the roof of the hotel that stood next to the British police building, attached a pole and hung the Israeli flag on it, while absorbing gunfire and risking his life.

In 1948, the fighting in Safed came to an end. Refael Edry could have chosen to stay in his city and start his life, but he chose to move his family and join the “Yiftah” Brigade that was fighting for the liberation of the Negev.

During his participation in the defense of Halutza military outposts, the Egyptians began shelling the forces – including Edry. Edry set out to encourage diggers in the post and during this visit, he suffered a direct hit by a shrapnel to the back of his neck, which led to his death. Along with thousands of soldiers, some of Israel’s best sons, Refael was killed in the War of Independence on July 28, 1948.

The Edry Family: Continuing the Legacy

Ahinoam, the brother of the late Refael Edry would later bring three sons to the world who would spend their lives continuing the legacy of their late uncle.  The Edry brothers have been engaged in philanthropic activities for over thirty years both in the city of Safed and in the peripheral regions of the country. About a decade ago, the three brothers – Rafi, Eyal and Moshe joined together and founded the Ahinoam Organization, which was established with the sole purpose of promoting the socioeconomic development of youth in the geographical periphery in Israel.

The eldest brother, Rafi Edry, who is named after his late uncle, together with his two brothers Eyal and Moshe, teamed up to establish olive orchards in the Galilee. All revenues from the sale of the olive oil produced is dedicated to promoting and developing social equality projects.

The Edry family continues to honor and commemorate their late uncle Refael (Rafi) Edry, and the thousands of Israel’s best sons that gave their lives and fell in the line of duty as soldiers in the Israeli Defense Forces.

One of their major contributions is the construction and establishment of the “Yad Labanim” house in the city of Safed. This incredibly important and significant place enables families and visitors to unite, honor and forever cherish the memory of Israel’s fallen sons and serves as a home for the story of the sacrifice and heroism of the Jewish settlement and leaves a legacy for future generations. 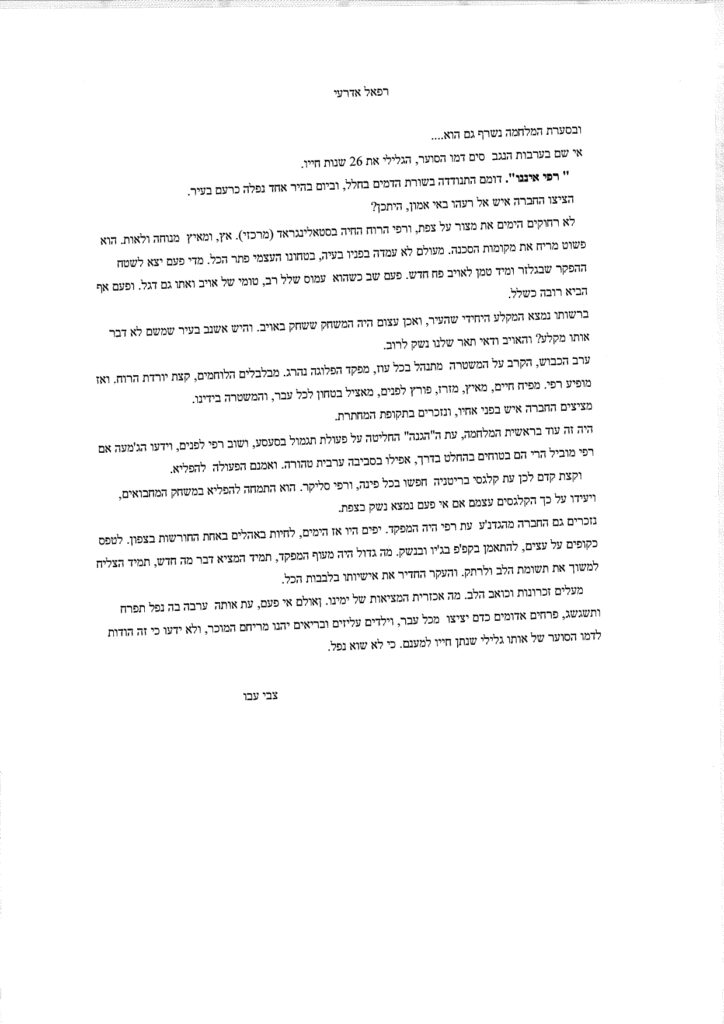 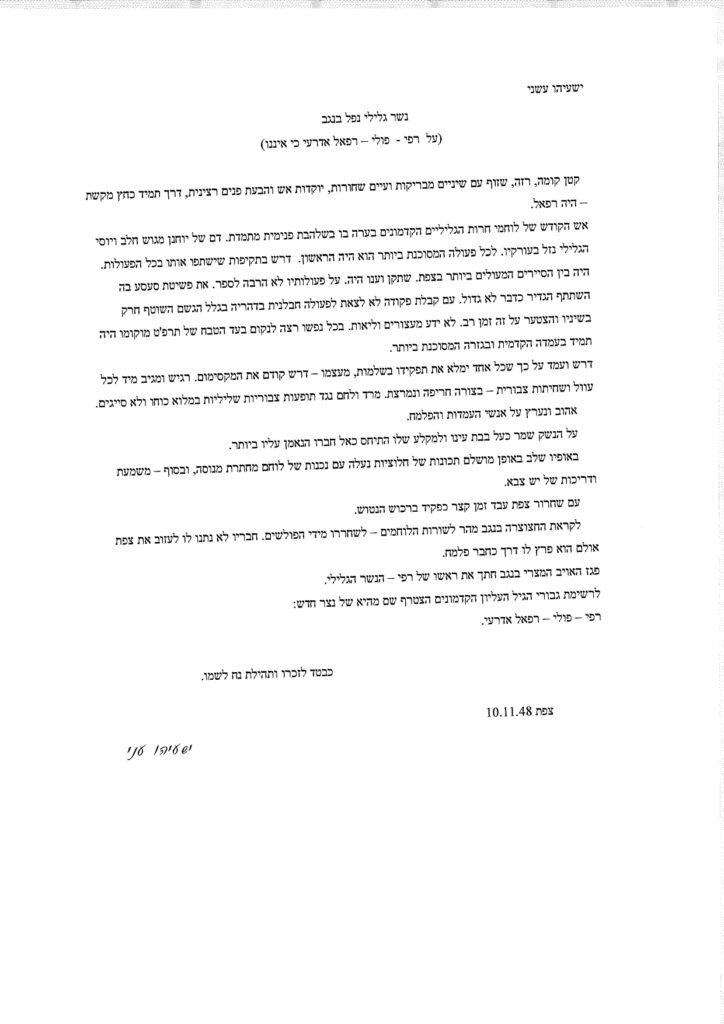 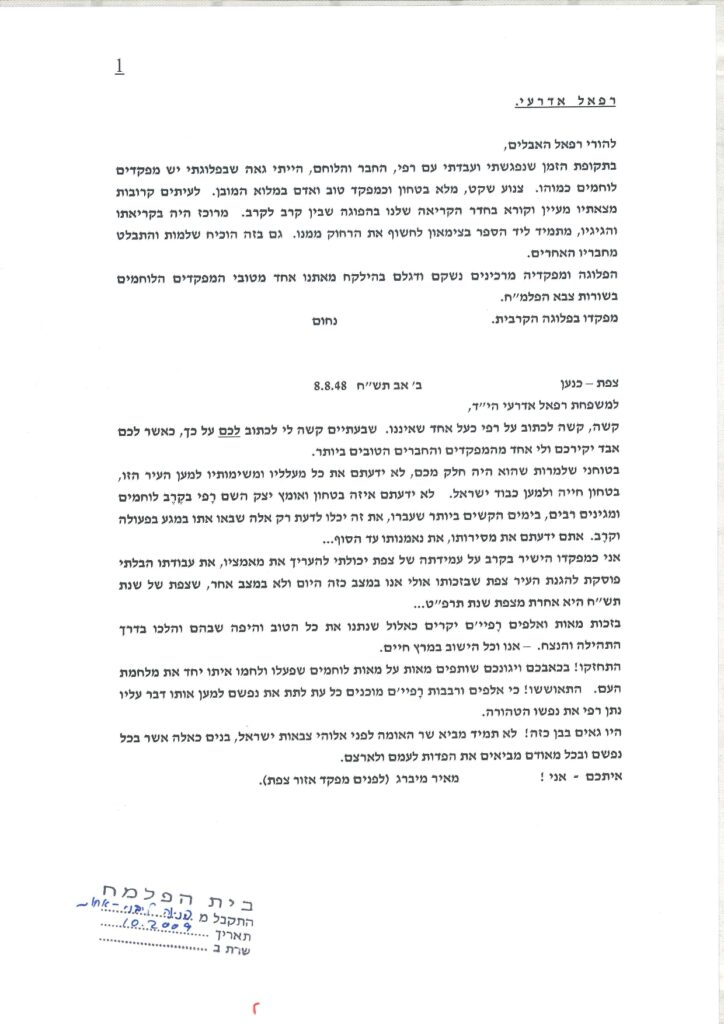 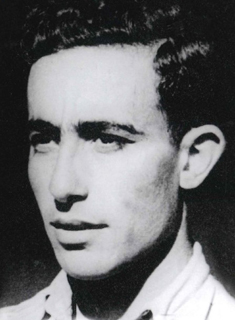